The European Union intends to open a new office in Iran.

The announcement was made in a statement marking the one-year anniversary of the Joint Comprehensive Plan of Action (JCPOA) — the nuclear deal signed with Iran by the five world powers led by the United States — whose numerous violations by Iran have been actively ignored by all the signatories.

“One year after the conclusion of the landmark deal… the European Union is pleased to note that the JCPOA is being implemented,” the EU said in its statement, released Thursday. “This demonstrates that with political will, perseverance and multilateral diplomacy, workable solutions can be found to the most difficult problems.”

Although, as the EU noted, economic and financial nuclear-related sanctions were indeed lifted in accordance with the agreement, Iran has repeatedly violated its end of the deal with tests of long-range intercontinental ballistic missiles capable of carrying nuclear warheads and other activities.

Ironically, in its statement the EU said it “acknowledges that clarity regarding the lifting of sanctions is key to allow a full reengagement of European banks and businesses in Iran…For Iran to fully benefit from the lifting of sanctions, it is also important that it overcomes obstacles related to economic and fiscal policy, business environment and rule of law.

“The European Union and its member states stand ready to cooperate with Iran in these areas and to provide technical assistance, including on compliance with FATF requirements, and to consider the use of export credits to facilitate trade, project financing and investment.”

Money certainly does “make the world go round,” particularly in Europe, and the European Union is more than happy to help Iran spend as much of it as possible, as soon as is feasible, after the United States released some $150 billion in formerly frozen Iranian assets.

It is clear that everyone’s hands were washing each others’ in the JCPOA agreement signed in July 2015 in Vienna, and which is being reaffirmed this week in Tehran.

“In this regard it takes note of the final joint statement from the visit to Tehran of the High Representative with a group of Commissioners,” the statement continued.

“The European Union supports a strategy of gradual engagement that is comprehensive in scope, cooperative where there is mutual interest, critical when there are differences and constructive in practice.

“As part of that, the European Union intends to open an EU Delegation in Iran.

“The JCPOA is for the benefit of the entire region and creates the opportunity for improved regional cooperation that should be seized by all parties.

“The European Union calls on all parties to work towards a cooperative regional environment and to help reduce tensions. The EU reaffirms its commitment to help make an improved regional situation a reality.” 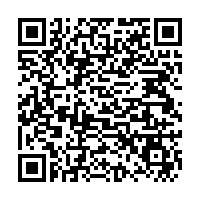