The IAF attacks on missiles and other weapons caches in Damascus have led yesterday to a particularly tense day up north, perhaps the most tense since the Second Lebanon War. The Air Force ordered the closure of Israel’s northern airspace until Thursday. This despite unofficial military evaluations that there will be no serious retaliation on the part of Syria or Hezbollah, who are both too busy fighting the Sunni rebels to care for a second, deadly front against Israel.

Israel’s concern is primarily Hezbollah, the more volatile member of the northern, unholy alliance, and the intended recipient of those demolished Fateh-110 long-range missiles. So the level of readiness was increased for the entire north, which included an IDF request that residents of the Western Galilee to avoid fireworks and loud music.

The Northern Command, which had been planning a major exercise of civilian defense response to a Syrian rocket attack—decided to shelve it for the time being. As it is, folks started to form lines to get their gas masks and the rest of the official defense kit.

According to Maariv, the Golan Heights residents have been less nervous after the two successive IAF attacks on Syria. Possibly because the Syrian border has been the quietest for the past 40 years. But things in the Middle east have a tendency to change rapidly, especially with news of Al Qaeda and other fanatics moving south as part of their encounters with the Syrian army.

Meanwhile, the Home Front Command’s Information Center has announced the inauguration of a new call-routing system enabling speakers of foreign languages to talk to a representative of the Home Front Command and a translator on the phone. Should the IDF be unable to provide a translation to a particular language in real time, the operators will record the caller’s phone number and call back with a translator on the line.

“Ultimately, what’s important is that each of the information platforms be available to civilians, who will know that there is an address for every question,” Col. Sigal Tidhar, Head of the Home Front Command’s Population Department, told the IDF Website. “The center is available 24/7, and now we have also successfully addressed [foreign] languages through a translation company that gives us this service. Right now, the response is provided immediately, and even during Operation Pillar of Defense we reinforced the stations so there would be no waiting time.” 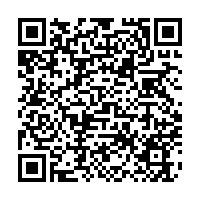