The headline for this story translates roughly as “Extremists replace the picture of the Dome of the Rock with Talmudic writings.”

Jewish religious leaders do not stop targeting the Al-Aqsa Mosque, trying to harm it in many ways, with daily attacks on the mosque and with Talmudic rituals which are a prelude to building a temple on its ruins.

In the latest attack on the Al-Aqsa Mosque, Yehuda Glick, one of the leaders of an extremist religious Jewish group, a promoter of the myth of temple rebuilding and one of the prominent settler organizers of incursions against the Al-Aqsa Mosque, published a photo in a special page on Facebook, showing the Dome of the Rock has been replaced by the hat worn by Jewish settlers and inscribed with Talmudic slogans, in an attempt to perpetuate the occupation by Jews and install the temple, which they claimed used to exist there – at the expense of the holy mosque.

The Al-Aqsa Foundation for the Protection of our Heritage said that these malicious actions demonstrate the magnitude of the plot that surrounds the entire Al-Aqsa Mosque and confirm the ambitions of the occupation, as part of an increasing number of desecrations targeting various holy sites.


It really makes you wonder if the Arabs still have a sense of humor, because if they don’t, then the Jews are definitely winning this one. 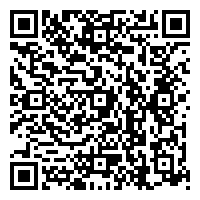