The semi-official news agency Fars is warning that Saudi Arabia and the Mossad intelligence division are conspiring together to produce a computer worm “more destructive” than the Stuxnet malware, to sabotage Iran’s nuclear program.

Over the past week or so, since the revelations about U.S. contacts with Iran stretching back to 2011, some have questioned whether the Obama Administration, among other things, may have told the Iranians about the Stuxnet virus that was plaguing their computer networks.


Back in 2012, Israeli Mossad agents told Ha’aretz that Stuxnet was developed by Mossad and the Obama Administration disclosed the program’s existence to help the president’s reelection campaign.

But, in retrospect, some have begun to question whether the same people who disclosed the virus’s existence to the media at large, may not have alerted the Iranians even earlier, as part of what now appears to have been a calculated, long-term maneuver to revive the Iranian contacts.

According to the Wall Street Journal, the Saudi intelligence chief, Prince Bandar bin Sultan bin Abdulaziz Al Saud, is furious with the Americans, and told European diplomats that he plans to scale back cooperating with the U.S. to arm and train Syrian rebels in protest of Washington’s policy in the region, participants in the meeting said.

The Saudis are miffed by Obama’s decision a few months ago to scrap plans to bomb Syria in response to the chemical-weapons attack in August and, more recently, the revelations of Obama’s overtures to Iran even before they installed their new president.

Back to the meeting in Aqaba: according to Fars, if you liked Stuxnet, you’ll love Super Stuxnet:

The source claimed that one of the major methods discussed was the production of malware worse than Stuxnet.

Stuxnet was discovered in June, 2010, and is believed to have been created by the U.S. and Israel to attack Iran’s nuclear facilities. Stuxnet initially spread through Microsoft Windows, and targeted Siemens industrial control systems. The worm initially spread indiscriminately, but included a highly specialized malware payload that was designed to target only Siemens supervisory control and data acquisition (SCADA) systems that were configured to control and monitor specific industrial processes. Stuxnet infected the PLCs by subverting the software application used to reprogram these devices.

According to Fars, Prince Bandar met with Bardo in the Jordanian port city of Aqaba, near Eilat. Fars claims Saudi Arabia’s Crown Prince Salman bin Abdulazi was against the meeting, preferring the Kingdom’s ties with the Israelis to be kept ‘clandestine.’

One thing is clear: once the new worm is up and running, its operation will not be discussed with the folks in Washington DC. That bridge may have been incinerated.

No Honor in Saving Saeb Erekat 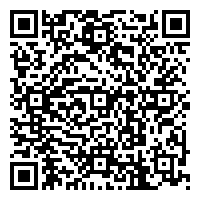