MK Moshe Feiglin (Likud) spoke at a meeting with Governor Mike Huckabee last week during Huckabee’s visit to Israel. Feiglin called for an end to all US financial aid to Israel.

Israel annually receives $3 billion in military financial aid from the US, most of which must be spent only in US towards the purchasing of military equipment exclusively from US defense contractors, thus subsidizing the US’s military industry.


The US also provides loan guarantees to Israel, which allows Israel to borrow money at more favorable rates. No money is transferred by the US government with the loan guarantees, as the US only acts as a cosigner for the loans. Israel has never reneged on its loan payments.

In the past, Israel used to receive general economic aid from the US, but PM Benjamin Netanyahu began reducing that aid to Israel in 1997, ending it completely in 2007.

The only US aid money Israel receives anymore is the military aid funding.

Many believe that this US military funding, even though the money goes to subsidizing and supporting the US’s military industry, creates an asymmetrical relationship between the two countries.

There are those in Israel who also believe it allows the US to shackle the sales and development opportunities of Israel’s military industries, as well as affecting Israel’s political decisions through threats of aid reduction.

At the meeting, Feiglin starts off discussing the origins of the delegitimization of Israel, Oslo, justice and faith.

But the relevant segment is when he calls for an end to all US financial aid to Israel, calling for a rebuilding of the Israel-US relationship based on the common values both countries share – faith in the God of Israel, and spreading the message of Freedom to the world.

“Once Israel and America start talking to each other on the true, deep values that built the two countries, which is faith, faith in the God of Israel, Once we do that, then the relationship will build from strength to strength.

Israel needs America, and America needs Israel, to spread around the world the message of “Freedom”. Because we share the same values. This is the basis the relationship should be based on.”

Just for comparison’s sake, in 2012, US distributed the following in foreign aid: 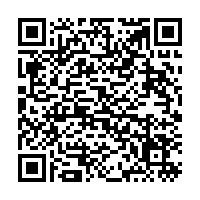