Air France has decided to allow its female flight attendants to decline assignments to work the routes to and from Tehran.

The decision follows a brouhaha over a company requirement forcing female workers to comply with the Islamic Shari’a dress code by donning a head scarf, slacks and a loose-fitting jacket prior to disembarking in Tehran.


Union officials and numerous employees fought the mandate sent in an internal memo to staff that said female staff must ‘wear trousers during the flight with a loose fitting jacket and a scarf covering their hair on leaving the plane.’’

Threats of a strike when the Paris-Tehran-Paris route resumes on April 17 were resolved Monday when the airline decided instead to expand an “escape clause” already used in the past for other cases.

“Any woman assigned to the Paris-Tehran flight who for reasons of personal choice would refuse to wear the head scarf upon leaving the plane will be reassigned to another destination, and thus will not be obliged to do this flight,’” human resources official Gilles Gateau told Europe 1 Radio.

The route was suspended in 2008 after the United Nations imposed international sanctions over Iran’s unwillingness to comply with restrictions on its military nuclear ambitions. 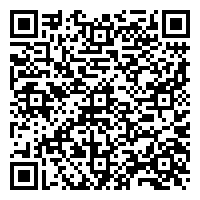