A female terrorist in her twenties, from the village of Yatta, was arrested by Border Police in Hebron at around 11 PM on Monday.

The woman was carrying a knife towards a checkpoint near the Tomb of the Patriarchs.


Border Policemen, noticing something suspicious about the woman, approached her and in her surprise, she dropped the knife on the ground.

She was arrested, and told the security forces that she wanted to stab someone so she could become a Shahida (martyr). 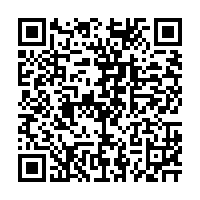