Another female Arab wannabe teen terrorist has failed in an attempt to attack Border Guard Police officers. The incident occurred near the Damascus Gate entrance to the Old City of Jerusalem shortly after 9 am Tuesday morning.

The hopeful terrorist, age 16, pulled out a knife and tried to stab the officers when she was asked to hand over her bag for routine inspection before entering the Old City.


An officer immediately shoved her back and a second one tackled her, according to local sources. The teen terrorist wannabe, a resident of Jerusalem, was arrested and taken into custody.

She was transferred to security personnel for questioning.

Last week three male Arab terrorists just four years her senior murdered a young female Border Guard Police officer and wounded another plus a civilian in an attack at the same spot. All three terrorists were shot and killed — one of them taken down by the police officer he murdered, with her last shot. 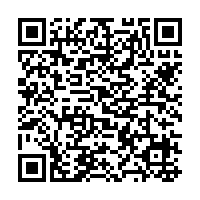