Approximately 5-6 million Jews – depending on your definition – live in the United States, and almost every one has his or her own personal excuse to stay put.

The one overwhelming reason to leave the Diaspora, whether it is in North America, Europe or elsewhere, and join the Jewish People in Israel is the obvious one. This is home, admit it or not.


This year, I am celebrating my 32nd personal Yom Ha’Atzmaut since I left Baltimore on a one-way ticket to Israel during the Ten Days of Repentance in 1983.

After landing, and after 39 years of swallowing a non-Jewish culture and society to the point that I finally suffered from spiritual indigestion. I developed a very more-righteous-than-thou attitude that looked down on Jews who find reasons, or excuses, not to come to Israel.

I have since realized that I was imitating the good intentions but self-defeating methods of many Jews who return to Judaism and then demand that everyone else to do so, forgetting that others may have to get there their own way.

During one of my visits to Baltimore to be with my parents (z”l) for a few days, someone who attends a national religious synagogue offered me the most memorable response to my usual nudge of, “Nu, what is your excuse not to come home and live in Israel?”

I know I should be living in Israel, but I like my ‘gashmus’ – meaning the material life and plush comforts.

Whoever argues that one can easily succeed very well at living a comfortable American life in Israel is whistling Dixie.

There are many Jews who come to Israel with lots of money, and there are same who come with little cash and have made a fortune. They do not lack much in the materialistic world, and they have their own Israel-style comforts and even their imported American comforts and habits.

The overwhelming majority of us, who have come to Israel from elsewhere, simply “get by” or do even better; but in any case, we are satisfied with what others might not consider a comfortable life.

I recall one American expatriate in Israel fielding questions from a group of people in Baltimore who were interested in making Aliyah. I already had moved to Israel, but on one of my visits to Baltimore, I was curious to hear what people asked about making the move.

One person inquired how much money he would need in his bank account before making Aliyah.

The answer was amazingly succinct and honest:

If you have to make an account of how much money you need, you never will have enough.

Of course, that is a generality that is not always true. It was easy for move to Israel because I was single at the time. I figured $500 for a ticket and $500 in my pocket from driving a cab for three months would be enough to keep me going, and it was.

A family with children certainly has to multiply that figure. The older the children are, the more Aliyah becomes problematic, financially and otherwise.

I suggest that the amount of money one thinks he needs to make Aliyah is in inverse ratio to how much he knows Israel is home.

And that is the crucial question, especially for Orthodox Jews who pray every day for the return to Israel.

It took me 39 years, over a long and winding road, before concluding:

If I am Jewish, and Israel is the Jewish home, then I am not a Jew if I am not home.

I cannot preach that to anyone else. Every single Jew has his or her own reasons – may I call them excuses? – not to make Aliyah. 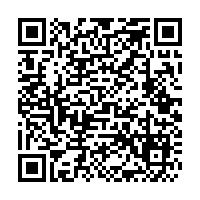