In solidarity with the families of the four IDF officers who were murdered in a truck ramming attack in Jerusalem on Sunday, Germany’s Brandenburg Gate in Berlin was lit up in the colors of the Israeli flag on Monday night, hours after the young soldiers had been laid to rest.

Prime Minister Benjamin Netanyahu publicly thanked the German people and their government in a tweet on the Twitter social networking site, writing, “Thanks, Germany, for standing with us in our common struggle against terrorism.”

The flag of Israel on the Brandenburg Gate in Berlin. Thanks, Germany, for standing with us in our common struggle against terrorism. pic.twitter.com/n4TlYtwbDV— Benjamin Netanyahu (@netanyahu) January 9, 2017

The Israel Embassy in the United States, and the Israel Mission to the United Nations both posted photos of the beautiful gate on Twitter as well, saluting Germany’s commemoration of Israel’s victims of terror. 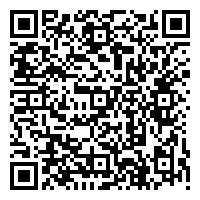