A flash grenade was thrown in Jerusalem’s First Station on Wednesday evening. No one was injured in the attack, and there was no damage.

The grenade was thrown into the outside seating area of the Adom restaurant, located in the First Station promenade.

First Station is a restaurant and cultural center, at the location of Jerusalem’s old train station. It is situated near Jerusalem’s Abu Tor neighborhood and the Begin Center, where Yehuda Glick was shot two weeks ago by an Arab assassin.

Flash grenades make bright flashes of light and loud explosions, but are non-lethal.

Police are searching the area for the attackers.

Yesterday, a flash grenade was thrown onto Ben Yehuda Street from on top of a building. No one was hurt in that attack. 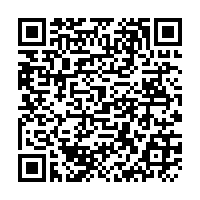