According to a report published Tuesday in the Hebrew-language daily Maariv, veteran Foreign Ministry spokesperson Yigal Palmor plans to resign in the near future.

If the report is true, Palmor’s resignation will be the latest in a series of flights by seasoned professionals from the office that is the face of the State of Israel, representing this country to the world. Palmor, 53, speaks numerous languages and has worked at the ministry for 28 years, serving as a deputy spokesperson since the mid-1990s and as official spokesperson since 2008.


Among the others who left over the past several years are: Lior Weintraub, chief of staff at the Washington bureau; Yaki Dayan, head of the Los Angeles office; Ran Curiel, vice-director at the European office; Ilan Maor, Israel’s envoy to Shanghai; and Amos Nidai, former ambassador to Beijing. Each allegedly left “for his own reasons,” according to the Foreign Ministry.

But it is no secret that relations between ministry employees and “upper management” have been strained at best. Over the past year they carried out a worldwide strike – an unheard-of move by envoys and people at the foreign ministry – due to a long-unresolved contract dispute with the Finance Ministry over wages and benefits.

Palmor was left to explain that to the media, including having to face the unenviable task of dealing with the fallout over holiday supplies not reaching the famed Nepal Chabad House in time for its annual Passover Seder in the Himalayas due to the strike.

Further complicating the picture are the reduced numbers in the ministry’s lower echelons due to the wage and benefits dispute, which has meant there are fewer younger officials to rely upon.

There is also a great deal of confusion about exactly who represents this country to the world. The establishment in 2006 of the prime minister’s National Information Directorate alienated many at the foreign ministry; at that time, the ministry already was contending with the issue of its releases simultaneously arriving in editors’ boxes with those of the Government Press Office, those of the IDF, the Defense Ministry, and those of the Prime Minister’s Office – not to mention releases from the spokespersons of individual politicians and members of Knesset.

It has never been clear to most journalists exactly who, precisely, represents the views of the State of Israel as a specific, sole entity. If as a journalist one calls the prime minister’s office to ask that question, the answer often depends upon the question itself – “exactly what is this about?”

One cannot ever get a straight answer to a straight question in the State of Israel, as a journalist – and this may be the greatest problem for this country’s public relations, if not perhaps the impetus behind the exodus of the foreign ministry’s senior staff. 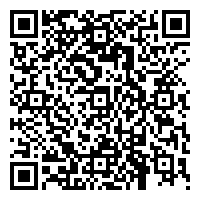