In an address Tuesday morning, Feb. 16, to the 42nd annual Conference of Presidents Leadership Mission to Israel delegation, leader of the Opposition and Head of the Zionist Union Party, Isaac Herzog, declared that “the true reality is that we are in the midst of the Third Intifada, which clearly has the support of various groups and schools of thought in the Muslim world.”


Reiterating his ultimate support of a two-state solution, he said “under the current leadership of both sides, there is no way we can progress even one iota,” and added that he couldn’t promise that he would be able to reach an agreement with the Palestinians at this time. Herzog also made it clear that any final status agreement would be subject to a national referendum.

He outlined his three-point plan endorsed last week by the Labor Party, which consisted of: completing the security barrier around the settlement blocs and placing barriers around the 28 Arab villages in the Jerusalem area.

“We are not telling the truth when we say they are a part of the Jerusalem municipality,” Herzog said. “We must transfer civilian control to the Palestinian Authority and implement confidence-building steps that will enable the Palestinians to start building a state, including in the fields of agriculture and transportation; and initiate a multi-national ‘regional conference’ to address the host of problems in the Middle East.”

Herzog communicated his demand for a construction freeze outside the established settlement blocs and said, “In a way, the borders have already been drawn.” When asked about Ariel specifically, he said that it was one of the established blocs and would remain.

Herzog also said that Gaza must be part of the solution and called for simultaneous measures to relieve some pressure on the Palestinians there and to ensure the safety of Israel.

The delegation was briefed by the senior staff of the Ministry of Foreign Affairs on a range of pressing issues. Deputy Foreign Minister Tzipi Hotovely delivered comments that outlined some critical challenges for the future.

Among them, Hotovely cited the ‘Jewish challenge’ saying that although Taglit-Birthright has brought more than 500,000 young Jews to Israel for 10-day visits, it has not managed to equip participants with the intellectual basis required to enrich the pro-Israel side of the international debate. She said, “It is the task of the Ministry of Foreign Affairs to find the next birthright.”

The Deputy Foreign Minister also called for pressuring international donors, who fund 30% of the Palestinian Authority’s budget, to do more to guarantee that their contributions are not used to support incitement.

The delegation had a chance to meet informally with ambassadors and representatives of 35 countries. The group was also privy to an off the record security briefing by Israel’s Deputy Police Commissioner Maj. Gen. Zohar Dvir.

Minister of Education and Minister of Diaspora Affairs Naftali Bennett spoke to the delegation this afternoon exclusively about education in Israel, and how he is using education as an agent for change. He cited the recent “massive investment” in Israeli-Arab schools, for new teachers in particular, as well as hiring, for the first time, a head of Haredi education. He said “we need to teach the Haredim English and math, but on their terms.”

The Minister said that in the next three years he intends to more than double the number of high school students learning highest-level math, from 8,500 per year currently to more than 18,000. “That is the real future of the ‘start-up nation,’” he said.

On a positive note, the Minister expressed delight that in the past two months 253,000 Israeli kids have been playing Code Monkey, an interactive game that teaches computer programming. He also shared that for the first time every Arab student from kindergarten on is now learning Hebrew, which greatly increases their future job prospects. 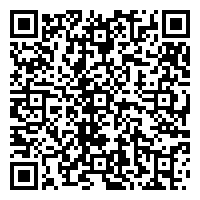