Hebron (TPS) – While Israel’s foreign policy establishment and Jewish groups around the world continued to simmer over last week’s UNESCO resolution rejecting Israel’s connection to Jerusalem, a group of 19 parliamentarians visiting Israel slammed the decision, saying members of the world cultural body were acting “like children.”

‘It’s good to be here in Israel. This is not my first visit to the country but it’s my first visit to Hebron. It’s shocking that a body like UNESCO can deny the facts. They are acting like children, lying about history,” said Kenneth Meshoe, a member of the South African parliament and president of the country’s African Christian Democratic Party.


Meshoe is one of 15 parliamentarians who visited Hebron Wednesday, from Europe, Africa and South America on a tour sponsored by the Yesha Council. The group, visiting Israel to mark the 50th Anniversary of the unification of Jerusalem in 1967, will also meet with Israeli government ministers, leading politicians and finance sector officials.

The visit was coordinated by the Israel Allies Foundation, an umbrella organization that coordinates the activities of 35 pro-Israel caucuses in parliaments throughout the U.S., Europe, Latin America, Africa, Asia and Australia, and will conclude at the Feast of Tabernacles celebration Thursday at Pais Arena in Jerusalem.

Some 5,000 Christian supporters of Israel are expected to attend the ceremony.

Josh Reinstein, Executive Vice President of the Israel Allies Foundation, said in a statement that the delegation aims to gain a better understanding about the history of Jerusalem, as well as other flashpoints in the Israeli-Arab conflict. The group’s itinerary includes a tour of the Qalandiya checkpoint in northern Jerusalem, the Tomb of Samuel lookout point, Mount Scopus and more. In Hebron, the group visited the Cave of the Patriarchs, Hebron Museum and Tel Rumeida excavations and vantage point over the old city.

“The parliamentarians visiting Hebron today are men and women of faith. It’s exciting for them to visit the Tomb of the Patriarchs. In light of the UNESCO vote, this visit is especially significant,” Reinstein told Tazpit Press Service (TPS). 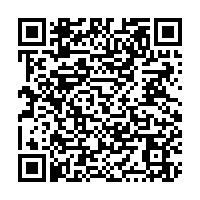