The strike at the Foreign Ministry and its consulates worldwide has left hundreds people stranded, including several from South Florida.

“All I really need is someone to put a stamp in my passport” that expired last month, Delray Beach, Florida businessman Shimon Cohen told the Miami Herald. He charged that the strike violated his “basic human right of free movement.”


The strike was prompted by a government reorganization of the ministry after the creation of  a new Ministry of International Relations, Intelligence and Strategic Affairs.

Chaim Schacham, the Israeli consul general for Florida and Puerto Rico, said the strike was necessary. “Because we’re diplomats and we speak diplomatically, they didn’t take us seriously at first,” he added.

Cohen said he understands the beefs of the ministry workers  but “a passport is a necessity, not a luxury.” He said, “I cannot be held as a prisoner here based on what is happening in Israel. Let them settle it within the borders of Israel.”

That assumes that Israeli knows what its borders are. 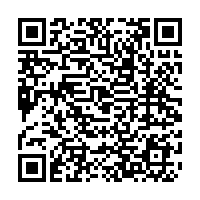