More than 30 charities invested with Merkin, many of them with a Jewish affiliation.


The NY Post reported at the time that members of Manhattan’s Fifth Avenue Synagogue, where Merkin served as president, “suffered a $2 billion bloodbath.” Madoff, a non-member, was introduced to them by President Merkin.

In a settlement announced Monday by New York Attorney General Eric Schneiderman, Merkin agreed to pay $405 million to compensate investors over a three-year period, and $5 million to the State of New York to cover fees and costs. It is the first settlement resulting from a government action against Merkin.

A close business associate of Madoff’s, Merkin controlled four funds that invested more than $2 billion with Madoff on behalf of hundreds of investors, including many New Yorkers and charitable organizations.

“By holding Mr. Merkin accountable, this settlement will help bring justice for the people and institutions that lost millions of dollars,” Schneiderman said in a statement.

According to the statement, for nearly two decades Merkin presented himself as a skilled money manager and used his social and charitable connections to raise more than $4 billion from hundreds of individuals, charities and other investors. Merkin turned over to Madoff all of the money in the Ascot Funds, and a substantial portion of the Ariel and Gabriel Funds.

In misleading offering documents and quarterly reports, Merkin concealed Madoff’s role and misrepresented the role he was playing in managing the funds, the statement said. Acting primarily as a marketer and middleman, Merkin obtained hundreds of millions of dollars in management and incentive fees from his investors.

Among the victims, according to The Associated Press, were the Metropolitan Council on Jewish Poverty, New York Law School, Bard College, Harlem Children’s Zone and Homes for the Homeless.

Merkin also is being pursued by Irving Picard, the court-appointed trustee charged with returning money to Madoff’s victims. Picard is trying to retrieve $500 million from Merkin and the funds.

Picard has entered agreements to recover $9 billion, more than half the cash claims related to the $64 billion Ponzi scheme.

JTA contributed to this article. 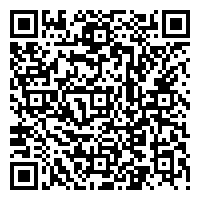