In 2010, three employees were fired by the Radiation Safety Office at Columbia University Medical Center in a departmental reorganization. All three are Jewish, with beards and yarmulkes, and were between the ages of 57-65. Now each of the three men are suing on grounds of religious and age discrimination.

Salmen Loksen was the director of the Radiation Safety Office and a Radiation Safety officer. Moshe Friedman, a full-time office administrator, was fired at the same time as Loksen. Bruce (Binyomin) Emmer, a permanent part-time employee responsible for radiation safety and emergencies at the radiation center, was laid off shortly afterward.


No one else was laid off at the time, although there were several other casual (or part-time) employees working there.

In its response to the suit, Columbia denied the allegations of discriminatory treatment and retaliation but acknowledged that the positions were eliminated and that the plaintiffs “wore beards and yarmulkes.”

Loksen was radiation safety officer not only of Columbia’s Medical Center but also the western campus of New York Presbyterian Hospital and the New York State Psychiatric Institute. These institutions had an agreement with Columbia for the radiation safety services to be provided by CUMC staff. The three men claim CUMC failed to get approval for the layoffs from the Joint Radiation Safety Committee as required.

Oversight of the radiation offices, according to Loksen’s complaint, was turned over to an individual who was not licensed as a medical physicist and did not have experience with a human-use medical radiation center.

In his complaint filed with the EEOC, Emmer claimed his firing was harmful to the functioning of the Radiation Center.

“One of my functions on Sundays was to be on call in the event of a radiation emergency,” he wrote. “On the Sunday after I received the letter of termination, I received a call from the security office of the NYPH concerning a radiation alarm at the hospital because…no one else was present and able to respond to the call in a timely manner.” He had to inform the security office he was no longer able to respond since he had been fired. The men were informed by Lisa Hogarty, chief operating officer, that the layoffs were due to a need for restructuring and greater budgetary efficiency, and that their positions were no longer necessary. However, regulatory agencies had recommended increasing the amount of professional staffing.

The FDA began an investigation of CUMC shortly before the layoffs. The New York Times reported on July 16, 2010, that CUMC was hit with fines for violating FDA regulations, with charges including lax quality control, risk of impurities in drug injections, and falsifying documents to cover up the irregularities.

In an article last month the Columbia Spectator quoted a letter from Emmer to the Occupational Safety and Health Administration accusing the medical center of trying to “deflect and obstruct the FDA investigation” in an unorthodox and hasty restructuring of the department.

The Spectator article also noted that “an employee of the University, who asked to remain anonymous for fear of endangering his job, said he didn’t know Loksen had filed a lawsuit, adding that ‘everybody was shocked’ after he was fired.”

Bruce Emmer wrote in an e-mail to The Jewish Press that he “believe[s] that the facts show the so-called reorganization was a pretext for unlawful dismissals. All it did, in my opinion, was get rid of competent employees who maintained a high level of regulatory compliance regarding radiation safety, and eliminate three people and only three – the only visibly Orthodox Jews in the department.” 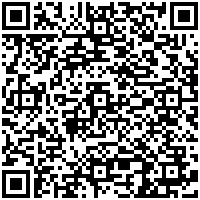