Amsalem entered the Knesset in 2006, and served again in 2009 until his fellow Shas members pushed him out of the party. At the time he said, “There’s two ways one leaves the Shas party, to Maasiyahu [prison], or because you think for yourself.”

In 2013, he ran again under his newly formed “Am Shalem” party, but his party didn’t pass the increased electoral threshold.

Amsalem plans to run for a spot in the Bayit Yehudi list in the upcoming primaries. He said that everyone who sees themselves as Sephardi will find his place in Bayit Yehudi.

Amsalem was born in French Algeria in 1959 after his parents immigrated to there from Morocco. He made Aliyah in 1970. He received rabbinical ordination from Rav Ovadia Yosef and served as a city rabbi. 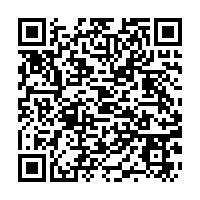