Former U.S. President George H.W. Bush was moved Wednesday night to the intensive care unit at Houston Methodist Hospital after being sedated so doctors could perform a procedure to clear his airway. The former president, who suffers from a form of Parkinson’s disease, was admitted to the hospital last Saturday with early onset pneumonia.

The 92-year-old statesman was listed on Thursday in stable condition.

“President Bush had a good night’s rest…His medical team is actively evaluating him for extubation, and we are hopeful he will be discharged from the ICU in a few days,” family spokesperson Jim McGrath told reporters Thursday, according to Fox News.

His 91-year-old wife, former First Lady Barbara Bush, is also hospitalized, with bronchitis, but “Antibiotics and some good rest seem to have restored her to better health,” McGrath said.

The former president, who served from 1989 to 1993, uses a wheelchair and motorized scooter for mobility. However, that did not stop him from celebrating his 90th birthday by making a tandem parachute jump in Kennebunkport, Maine.

Pres. Bush’s office announced earlier this month that he and his wife Barbara would be unable to attend Friday’s inauguration of President-elect Donald J. Trump due to age and health. “My doctor says if I sit outside in January, it likely will put me six feet under. Same for Barbara. So I guess we’re stuck in Texas,” the former president wrote in a letter.

His son, former President George W. Bush (43rd president), served from 2000 to 2008 and expects to attend the inauguration.

The former First Couple have had the longest marriage (71 years) of any presidential family in United States history. 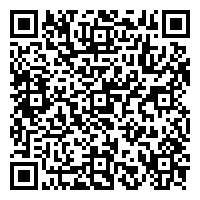