French foreign minister Laurent Fabius told BFM-TV today that “if it is proven, France’s position is that there must be a reaction, a reaction that could take the form of a reaction with force.”

He added that “there are possibilities for responding,” but refused to elaborate. He did state that if the UN Security Council could not make a decision, one would have to be taken “in other ways.”


Syrian government officials said the claims of an army chemical weapons attack on its own civilians were “totally false” and the news outlets reporting those claims were “implicated in the shedding of Syrian blood and support terrorism.”

Turkey’s deputy prime minister has said only the Syrian government is in possession of the type of chemical weapons the opposition claims were used in the attack. Turkey’s foreign minister said “all red lines” have been crossed by the Assad regime.

But Iran has rejected the claims that its ally, President Bashar Assad, had deployed chemical weapons, saying the rebels would be responsible, if such an attack had really taken place.

“If the information concerning the use of chemical weapons is accurate, very definitely they were used by terrorist groups… who have shown they will not hold back from committing any crime,” Iran’s foreign minister Mohammad Javad Zarif said to the IRNA news, referring to the rebels.

British Foreign Secretary William Hague urged international supporters of the Syrian regime to “wake up to … its murderous and barbaric nature” ahead of the UN meeting, Sky News reported.

But Russia, the traditional supporter of the Assad regime, suggested the attack could be a “premeditated provocation” by opposition forces.

Officials from Russia and China are reported to have blocked a stronger press statement supported by Britain, France, the US and others, Sky News reported.

Earlier, Mr Hague said that if verified, the attack “would mark a shocking escalation in the use of chemical weapons in Syria”.

He added: “Those who order the use of chemical weapons, and those who use them, should be in no doubt that we will work in every way we can to hold them to account.” 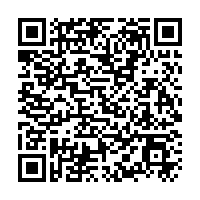