With scooter helmets in hand, Yohan and six buddies stroll around Paris’ 20th Arrondissement looking much like a typical group of French students — until they locate a group of Arab men they suspect of perpetrating an antisemitic attack the previous day.


Using their helmets as bludgeons, members of France’s Jewish Defense League, or LDJ, set upon the Arabs and beat them. Several of the Arabs attempt to escape in a blue sedan, but the LDJ members pursue the vehicle, causing it to crash into a stone wall.

The attack last August, filmed by a television crew shooting a documentary on LDJ, was one of at least 115 violent incidents that critics attribute to the group since its registration in France in 2001 — a year after the eruption of the second intifada in Israel and the sevenfold increase in antisemitic incidents in the 12 years that followed.

An offshoot of the American Jewish Defense League, which was founded in New York by the Rabbi Meir Kahane, LDJ engages in sometimes violent reprisals to antisemitic attacks.

The group, which numbers about 300 members, is now on a collision course with France’s Jewish establishment, which has condemned its activities and threatened a lawsuit.

LDJ is ratcheting up its deterrent potential by showcasing its activities following the murder of Jewish school children in Toulouse last year by the a Muslim.

LDJ traditionally shied away from media attention. But in the weeks after the Toulouse killings, which were then followed by a 58 percent increase in attacks on Jews in France, LDJ for the first time allowed a television crew to tag along on a number of guerrilla operations.

In addition to the helmet assault, Ayache was filmed calling for revenge killings in posters he and his group posted around central Paris. When a police car came by, Ayache told officers that he and his friends were working on an art project. The police officers wished him a pleasant evening and drove away.

Ayache also was filmed attempting to storm a performance of the antisemitic comedian Dieudonne.

“Since when is it illegal to run?” Ayache told the police after they detained him.

Another sequence shows Ayache firing a pistol at a shooting range.

“We’ve noticed the Muslim community believes LDJ is some vast machine that operates with impunity and gets help from Mossad,” said an LDJ spokesman who goes by the alias Amnon Cohen. “It’s not true, but it’s not a bad thing if they are scared. It’ll make them think twice.”

In April, CRIF’s former president, Richard Prasquier, said he would sue LDJ for defamation for posting a photograph on its website depicting him with Palestinian Authority President Mahmoud Abbas. The caption accuses Prasquier of “pardoning [a] killer”:

LDJ, meanwhile, has accused CRIF of being undemocratic, obsolete and ineffective.

“We operate outside and independently, and that creates opposition within the establishment, which is run by men and women who mean well but don’t know the painful reality of the Jewish rank and file in Paris’ suburbs and poor neighborhoods,” Cohen said.

“There are hundreds of French and Belgian Muslims fighting in the Syrian civil war. When they return, do you think they will be scared of a couple guards trained by the community?”

Earlier this month, LDJ announced that its “soldiers” had put a young Arab in the hospital in a coma, “a rapid and effective response” to the man’s attack on Jews at Saint-Mande, just east of Paris.

The announcement drew calls to ban LDJ. As criticism mounted, LDJ retracted the statement and denied any involvement in the violence.

Cohen told JTA the person who published the “false statement” had been removed from the group and that the violence actually resulted from a drug deal gone sour. A spokesperson for the Saint-Mande municipality confirmed that account.

Still, the events at Saint-Mande resulted in a public row between LDJ and CRIF, which on June 4 blamed LDJ for the violence at Saint Mande and for subsequent calls “to take revenge against the Jews.” 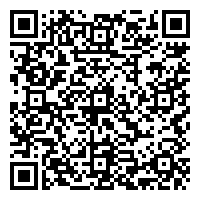