The score was 190-0 for freedom of worship for Arabs from Gaza and zero for Jews on Friday.

Israel allowed nearly 200 Gazans, all over the age of 60, to pray at the mosque on the Temple Mount, eight months after 500 Arabs from Gaza prayed there for the first time since 2007, according to the Ma’an News Agency, based in Bethlehem.


The last time Israel allowed Jews to pray regularly at the Temple Mount was nearly 2,000 years ago, during the time of the Second Temple, which a growing number of Muslim clerics like to pretend never existed.

Permission for Arabs from Gaza to travel to Jerusalem and pray at the Al Aqsa mosque is part of the last year’s ceasefire between Hamas and Israel that was supposed to end the most recent barrage of missile attacks on Israel.

Hamas again broke the ceasefire on Saturday with rocket launches against Israel but blamed them on rival terrorist groups.

Israel continues to honor its end of the ceasefire and allows Gazans to pray at the Temple Mount mosque, where Hamas banners and even Islamic State (ISIS) banners frequently fly amid sermons that preach jihad against Jews, all in the name of freedom of worship, if you are not Jewish. 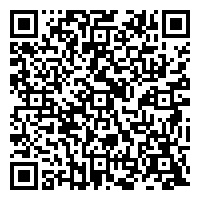