Today’s NY Times Columnist Tom Friedman’s “Breakfast Before the MOOC” praises a Technion pan-Arabic MOOC (massive online open course), yet another example of Israel’s inclusive approach to Arab students everywhere, and then, on the same page, calls for curtailing that success story in Judea and Samaria, which would mean the end of those freedoms for local Palestinians.


My first email this morning came from the American Technion Society, practically jumping up and down on my desk, screaming: The Technion Featured in Tom Friedman’s Column!

Friedman then comments: “Arab dictators so underestimated their people for so long. That’s what fueled the Arab awakening. It makes you weep for the wasted generations and pray this will be the last of them.”

And then he concludes: “This story is a useful reminder that Israel… has its lows, like the occupation … and its highs, like the [MOOC in Arabic].”

So that the conclusion of a mile-long column describing Israel as an oasis of knowledge and academic freedom for Arabs, is that Israel must end the “occupation,” which includes Ariel University in Samaria, with a massive enrollment of Palestinians who are given the same opportunities as Israelis.

These Palestinian students must now go back under the rule of Arab dictators, to follow Friedman’s logic.

Anav Silverman of the Tazpit News Agency reported here in December that Arab students make up 20% of the Technion’s student body.

This year’s valedictorian was 27-year-old Muslim woman, a medical student, Mais Ali-Saleh, who graduated from the Technion’s medical school. Ali-Saleh grew up in a small village near Nazareth.

What emerges from Silverman’s report is not only the obvious fact that the only country in the Middle east where Mais Ali-Saleh and other Arab women can excel academically is Israel, but that it is also the only country in the region where any Arab scientist can engage in valuable research. Rather than being the “apartheid state” for Arabs, Israel turns out to be a haven of democratic and academic freedom for Arabs.

But people like Tom Friedman can’t get over their desire to eradicate the Jewish presence in Judea and Samaria, no matter how productive and beneficial it is, and to replace it with Arab rule, no matter how tyrannical and repressive. 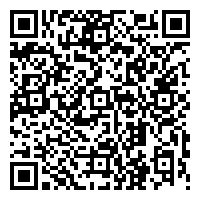