Eugene Kontorovich is an unlikely media darling, at least on paper. He is a legal scholar whose specialties include international law, maritime piracy and law and economics, and he has a slight Russian accent.

But Kontorovich is one of the most entertaining legal scholars one is likely to come across. This is true both because of his youth, his charming accent, his sense of humor and his lively delivery. And readers of The Jewish Press will be interested to know that he is also a frum family man and knowledgeable Torah student.


Kontorovich’s lecture, “The Legal Case for Israel,” available on TorahCafe.com, has just become their single most popular lecture with more than 70,000 views. This particular lecture was given last August at the National Jewish Retreat, which is a yearly event hosted by the Rohr Jewish Learning Institute.

Given the milestone, The Jewish Press spoke with Kontorovich to provide some background. In particular, why he gives these talks to Jewish groups, and whether they generally have the appetite and stamina to listen to a lecture about international law.

Kontorovich explained that he really enjoys speaking about the issue and finds that what he explains is of crucial importance in the current global delegitimization of Israel campaign. He speaks on college campuses, law schools, Jewish and professional groups, at Federations and as a scholar-in-residence at intellectually-inclined synagogues across the country. He gives maybe 20 – 30 such talks every year, and it’s increasing all the time. “The reason for doing these talks is that people are barraged with unsupported claims about Israel violating international law,” Kontorovich explained.

That’s why, Kontorovich explains, “when one looks at the actual international rules in question, it is hard to see how they apply. Moreover, when one sees how they are applied to identical cases, it becomes clear that the rules applied to Israel are not applied anywhere else. And this means they are not rules.”

When pressed to explain what exactly are the kinds of flawed legal charges aimed at Israel, he cites the usual ones of “illegal occupation,” and “illegal settlements.” But, he says, “when people see the text of the provisions Israel is supposed to have violated, they are shocked.”

That is why he will continue to give these lectures as often as he can because the false information out there is defeating the pro-Israel crowd as much as anything else – if people just knew the truth they wouldn’t feel so defeated by the constant charges of criminal conduct against the Jewish State.

And he doesn’t just want to speak to those who are eager to be told that the charges against Israel are false. Kontorovich is more than happy to speak to audiences who are mighty convinced that Israel is a wrongdoer in the eyes of international law.

Kontorovich was born in Kiev and moved with his family to the United States when he was a young boy. He attended the University of Chicago for both undergraduate school and law school, and he is currently an associate professor of law at Northwestern University School of Law which is just outside of Chicago.

Last academic year Kontorovich was a member of the Institute for Advanced Study in Princeton, New Jersey. Albert Einstein and others of the greatest scholars in the United States have been members of the famed Institute. Kontorovich used his time there to complete his latest book, one on maritime law called, “Justice at Sea,” which is being published by Harvard University Press. 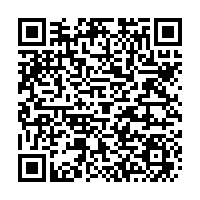