Moshe Gafni, the co-chairman of the Chareidi UTJ party said, “Rav Shach would never let us go with the Left, Degel HaTorah [Gafni’s faction in UTJ] has never gone with a leftwing government.”

The statements were made at a Degel HaTorah party meeting to party leaders and activists, according to a Bechadarei Chareidim video and report.


Actually, in July 1999, UTJ (and Moshe Gafni) sat in Ehud Barak’s leftwing government, side by side with Meretz (along with Shas, Liberman’s Yisrael B’Aliyah and the Mafdal).

To their credit, UTJ left the coalition in September of 1999, due to an open breach of Shabbat by the government when it ordered the transport of a large turbine generator for the electric company on Shabbat.

Gafni said that Degel HaTorah would have no problem going with the Left, in fact the Left would make sure the Chareidim receive even more money from the government.

But, Gafni said, Rav Shach [Degel HaTorah’s late spiritual founder] said the party needed to worry about the children of the non-religious who are learning in the public schools, over a million of them, who don’t know what is “Shema Yisrael,” implying that a Rightwing government helps in that area.

After the UTJ party became excluded from the current coalition, Gafni became an extremely vocal and enraged voice against the “Dati-Leumi” sector, even going as far as threatening to destroy Hesder Yeshivas and dry out the settlements in revenge when he gets back in power particularly in response to the Shaked Enlistment Law.

It appears Gafni’s pronouncement regarding the Left was made in reaction to Aryeh Deri’s recent statement that the Shas party would not join a leftwing government, which then put pressure on UTJ to also declare their allegiances for their rightfully concerned voters. 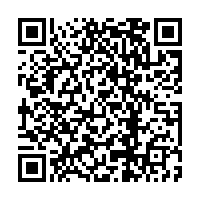