Despite the fighting in Gaza, ongoing missile attacks at more than 80 percent of Israeli civilians, sporadic rioting by Israeli Arabs in the Galilee and Jerusalem and rising terror attacks around Judea and Samaria, IDF forces found time Wednesday to demolish a new neighbourhood of Tapuah, located in northern Samaria, and to arrest one activist.

According to a statement released by the Honenu legal aid organization, police and IDF riot police raided the new community, tore down buildings and arrested one resident, a man in his twenties.


A Honenu spokesman said the event was “unfortunate” that the army chose to attack the new community at this time.

“On one hand this is a time of phenomenal unity amongst the Jewish People and enormous support for the soldiers fighting in the Gaza Strip, at at time when Arab terrorism is rearing its ugly head around the country” the statement said.

“But on the other hand, the IDF and police are also acting against Jewish residents, wasting precious resources. It should also be noted that many residents of (Judea and Samaria) are putting their lives on the line at this time while fighting in Gaza.” 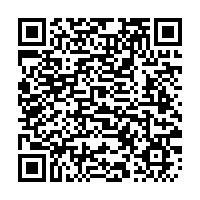