A rocket from Gaza was launched at Israel around 2 PM on Wednesday.

The rocket alert system did not go off.


The rocket landed in an open area near the Eshkol region in southern Israel.

No injuries or damage have been reported.

A second rocket was launched from southern Gaza just before 3:30 PM. The red alert did not go off. It also landed in the Eshkol region near the Gaza fence (unknown which side at this point in time).

There are unconfirmed reports that the IDF is hitting Hamas targets in Gaza. 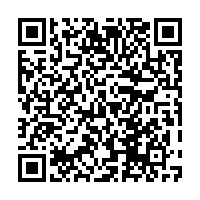