Gazans stranded in Egypt have called on PA Chairman Mahmoud Abbas and the PA ambassador to Egypt Jamal al-Shubaki to appeal to Egyptian authorities to open the Rafah border crossing into the Gaza strip, the Alresalah website reported.


Dozens of Gazan families, have been stuck in the Cairo International Airport for 20 days so far, waiting for the crossing to open, an eyewitness said.

The Egyptian government has accused Gaza’s Hamas rulers of collaboration with the ISIS-related terrorists in the Sinai, which have been clashing with Egyptian forces—hence the closing of the border crossing and the suspension in Egypt of Gazans wishing to return to Gaza.

The stranded passengers are demanding that al-Shubaki intervene, expressing their anger over the silence of the Palestinian Authority embassy in Cairo.

Naturally, the PA embassy is owned and operated by Hamas’ enemies in Ramallah, who are less than eager to make life easier for their nemesis. So the Gazan passengers stay stranded.

The sane Gazan passengers have also “expressed their trust in Egypt’s President Abdul Fattah al-Sisi,” and “praise his role in supporting the Palestinian people and their just Cause,” Alresalah reported.

Because, let’s face it, they’re in al-Sisi’s dog house right now, so they must behave. 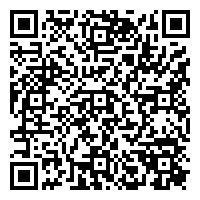