(JNi.media) Jörg Radek, deputy head of Germany’s police union, said Christian and Muslim migrants should be lodged separately, following the increasing numbers of attacks on Christians by Muslims in refugee centers. And according to The Independent, a policy of segregation has already been implemented in the German state of Thuringia after Christian migrants in asylum centers were attacked by Sunnis attempting to impose Sharia law.

Rainer Wendt, another German police union official, said violence between groups of illegal migrants in German hostels is common. “We‘ve been seeing this violence for weeks and even months,” Wendt reported. “Groups join forces based on ethnicity, religion or clan structures and attack each other with knives and even weapons they have made themselves.” He explained that “Sunnis fight Shiites, there are Salafists of varying kinds… Women are being forced to wear veils. Men are forced to pray. Islamists want to impose their values.”


International Society for Human Rights official Max Klingberg complained that many migrants arriving in Germany are radical Islamists. “Among the new arrivals is not a small amount of religious intensity, it is at least at the level of the Muslim Brotherhood,” he said.

“I think housing separated according to religion makes perfect sense,” Radek told Die Welt. German police reported that 14 people were injured in two separate clashes that erupted between refugees last Sunday at a temporary migrant shelter in Kassel-Calden in northern Germany. On Thursday evening the week before, a fight broke out among some 200 Syrian and Afghan refugees wielding table legs and slats at a shelter in Leipzig. “They attacked each other with clubs and threw things at each other,” a police spokesman reported, according to the Independent.

“The police have reached their absolute breaking point,” Radek stated, explaining: “Our officials are increasingly being called to confrontations in refugee homes. When there are 4,000 people in a home which only actually has places for 750, this confinement then leads to aggression where even a tiny thing like the corridor to the toilet can lead to violence.”

According to bt2.net, the European establishment media is largely ignoring ethnic violence as illegal immigrants stream into the West. The most recent incident took place this week in a Danish refugee center near Copenhagen where a “a stateless Palestinian” in a refugee center stabbed a police officer.

Germany is expected to get about one million asylum applications this year. The German government has set aside $6.75 billion to fund accommodation, and designated an extra 3,000 police to cope with this influx. But with training for police taking around three years, according to The Independent, Germany’s 16 federal states rely largely on private security firms to maintain the peace. 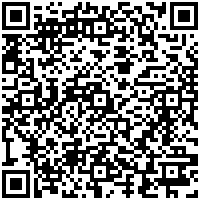