German police arrested three men in their 80s and 90s Thursday on suspicion of accessory to murder when they were guards at the Auschwitz death camp. Three others, all in their 90s, may also be arrested if police uncover enough evidence to warrant putting them on trial.

“This is a major step,” said Nazi hunter Efraim Zuroff at the Simon Wiesenthal Center in Jerusalem. After being told of the arrests, he told the Associated Press, “Given the advanced age of the defendants, every effort should be made to expedite their prosecution.”


German authorities announced last year they would investigate former guards at Nazi death camps. At the trial of former Sobibor death camp guard John Demjanjuk, who died in 2012 while appealing his conviction, the courts set a precedent by accepting prosecutors’ arguments that death camp guards were accessories to murder. 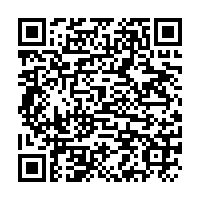