Anti-Semitism is alive and kicking in San Francisco, California.

A giant swastika was plastered on El Camino High School’s football field sometime after graduation last Friday, and stayed there, unnoticed, the entire weekend. Removable, snap-together tiles were linked together to construct the massive Nazi symbol of the Third Reich.


Assistant Principal Gary Gooch called the incident “dispiriting and disturbing,” telling the SFGate news site in an interview this week “it just really puts a damper on things.”

Gooch said police have launched an investigation into the incident. “It kind of boggles the mind that someone would do that,” he said.

“You hope it’s someone who has no idea what that means.”

Custodians only noticed the swastika when they arrived at the field on Monday. They immediately alerted school officials and then pulled it apart. But some residents had already seen the hateful symbol.

Brisbane resident Robin Belinsky, who is Jewish, certainly noticed it as she drove by the school; she stopped to snap photos and shoot video of the swastika on the field.

Although she said the community is one that is very “accepting,” she said “these types of incidents need to be brought to the public’s attention. Hate still happens.”

Belinsky said she remembers her own experiences with anti-Semitism as a child in school in Pacifica, and she wants to make sure her own child does not have to do the same. 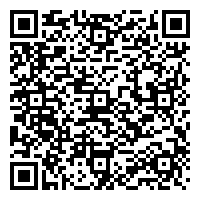