(JNi.media) Former secretary of the Nobel Peace Prize committee Geir Lundestad says in a newly published memoir that the 2009 award to then freshly elected President Barack Obama was a disappointment when comparing the president’s later record to the committee’s expectations.

Lundestad, who served at the Nobel Institute for 25 years, wrote that the decision to give Obama the award was unanimous, and was intended to help him achieve his ambitious goals, but the US president’s record since receiving the prize showed it had been a mistake.


“In hindsight, we could say that the argument of giving Obama a helping hand was only partially correct,” Lundestad wrote.

Lundestad’s memoir, “Secretary of Peace — 25 years with the Nobel Prize,” about his experiences with the Nobel committee, reveals the complex details of relationships among committee members and between the committee and the peace prize winners.

A major culprit in the decision to award Obama the prize, according to Lundestad’s, was the committee’s former chairman Thorbjørn Jagland, a former Norwegian prime minister whom Lundestad describes as exhibiting “surprising shortcomings in knowledge,” being “very disorganized,” and “not willing to learn from others.”

Lundestad writes that “even many of Obama’s supporters thought that the prize was a mistake,” and that Obama’s advisors inquired discreetly if it would be possible for the President to refuse the award.

“His cabinet had already asked whether anyone had previously refused to travel to Oslo to receive the prize,” Lundestad writes. “In broad strokes, the answer was no.” 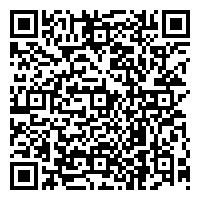