Each year at the Mediterranean international wine and spirit challenge, Terravino, panels of judges from across the globe nominate medals to International and Israeli wines. This year’s competition included 448 samples of wines and spirits, 55% of the samples being from Israel, and the remainder from 29 other countries.

Anat Levy, CEO of Golan Heights Winery comments on winning such prestigious medals, “This news is extremely exciting, and we truly put an enormous amount of time and energy to ensure our wines present quality. From day one, our mission as a winery was to produce outstanding wines for discerning wine enthusiasts across the globe, and this is exactly what we have accomplished”.

Founded nine years ago, Terravino international wine competition has gained a prestigious reputation among the wine industry. The panel of judges include key figures in the wine industry, wine journalists, and prominent individuals from the tourism industry.

For more information on Terravino and the upcoming tastings on the awarded wines, visit their website grape-man.com. 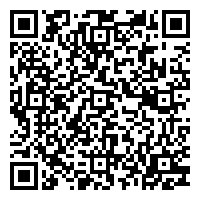