The government on Sunday approved a budget increase of $18.62 million to the settlements in Judea and Samaria in response to the new security situation. This amount will be added to the initial budget for the settlements of $88 million established in the coalition agreement between Habayit Hayehudi and Likud last year.

As the new decision puts it, “Israeli communities in Judea and Samaria have been experiencing unique security realities on a daily basis because of their geographic location and the quality of life in the area. Since the beginning of October 2015 there has been an escalation in the security situation in Judea and Samaria following the wave of terror attacks and additional terrorist activities. The security escalation influences a variety of areas of life, including psychological and sociological, and economic damage to businesses which require unique responses and services.”


The money will be transferred to the settlements from a variety of current budgets. The transfer will include a one-time award by the Interior Ministry to local municipal councils to the amount of $3.88 million, according to criteria that has been used in the past for security-related awards. Another $2.59 million will be paid out by the Ministry of Agriculture to a project converting structures into permanent housing units and renovating public structures in rural communities. And a total of $3.1 million will be used for the construction and operation of resilience centers, for enhanced welfare and social services, treatment of youth at risk, and support for businesses that were hurt by the security situation. The money for those programs will be taken out of the budgets of the ministries of education, finance, welfare, and health.

MK Itzik Shmuli (Zionist Camp) called the decision “enraging,” blaming the government for channeling money to the settlements at the expense of development towns on Israel’s geographic and social periphery. Welfare Minister Haim Katz (Likud) argued that the budgetary boost was essential to the communities in need and would contribute greatly to the resilience of these communities. He said, “It is our duty to care for the communities that are on the frontline of the war against terror and are courageously facing complex security and social challenges.” 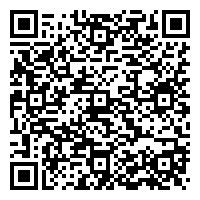