Is there a deal in the works to hand the Tomb of King David over to the Vatican?

Rumors of such an agreement appear to have enough substance to have prompted Deputy Transportation Minister Tzipi Hotovely (Likud) to write a query to Prime Minister Binyamin Netanyahu.


Hotovely reminded the prime minister of the importance of the tomb of the Biblical monarch, noting its sanctity to the Jewish nation. She warned Netanyahu not to make the same mistake with King David’s Tomb that previous administrations made with the Temple Mount – that is, handing sovereignty over the sacred site to a foreign power.

In the case of the Temple Mount, the Jordanian-linked Islamic Waqf Authority controls all matters over the site, even though it is located in the heart of Jerusalem’s Old City and is the holiest place in the Jewish faith. Because the Waqf is in control, Jewish access to the Temple Mount is severely restricted – and Hotovely warned Netanyahu that handing the Tomb of King David to the Roman Catholic Vatican could create exactly the same situation for Jews there too.

There has not yet been any announced response to Hotovely’s letter.

Although an Israeli government source has denied any intention of transferring control over the site to the Vatican, other sources have said otherwise – including journalist Gulio Meotti, an editorial contributor to Arutz Sheva, who maintains there is truth to the rumors a deal is still in the works. 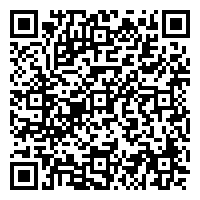