(JNi.media) Gili Cohen (115 Lbs.), like the rest of the Israeli delegation to the Judo Grand Slam meet, was not wearing the letters ISR on her suit, going instead with the IJF (for International Judo Federation)—because the host, Abu Dhabi, would not admit the blue and white team any other way. Never mind that Israeli judokas are always a threat to take the gold in these events, and also never mind that the Palestinian delegation, representing a non-state, got to fly their flag.

Still, it may have been the only way competitors like Algerian Jazia Haddad would agree to step on the mat with the likes of Gili Cohen. According to Ynet, the Algerian led at first, but with 12 seconds left in the round, Cohen defeated her, securing a spot in the quarterfinals.


Then came the magical moment, when the loser and the winner shook hands. Israeli Judo Federation General Secretary Sagi Gur told Ynet, “We’ve just seen a rare event, a handshake between an Israeli athlete and an Algerian.”

Gili Cohen has won European silver at the U23 in 2013. She took bronze at the European Championships in Montpellier in 2014.

Israeli Shira Rishoni (106 Lbs.) won the first round against Leila Valeeva from Azerbaijan, who retired 1:37 minutes into the round with a stomach injury. Rishoni lost the next round to a Turkish judoka. Tommy Arshansky (132 Lbs.) lost to his Georgian rival.

Abu Dhabi refused to allow the Israeli team to enter the country, and it took the very vigorous intervention of IJF president Marius Weiser to get the local authorities to accept the Zionist entity in their midst. 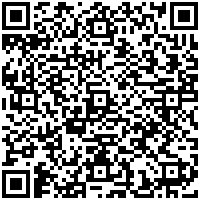