The Swiss museum that was given Nazi-era art has already admitted that at least one of is expensive pieces of art was stolen from Jews.

As reported here last week, Cornelius Gurlitt, whose father dealt with art in the Nazi era, left his collection of art to the Kunstmuseum Bern in Switzerland, which agreed with Germany and the state of Bavaria last week that it would take possession of the works in the Gurlitt collection, except for those that are suspected of having been looted.


The museum published the list of its “Salzburg collection” on Thursday and later admitted that the “Paris Kathedrale” probably is the Picasso work of art from 1902 and which was stolen from Jews by the Nazis.

“We ourselves recognized that this is looted art,” museum director Matthias Frehner said on Friday. He promised that “we will do our utmost to arrange for a swift restitution.”

Greg Schneider, executive vice president of the Claims Conference, told The New York Times, ” Just a little bit of hunting and pecking, and things immediately surfaced. This underscores the necessity for the research, and it shows us why the transparency is so important.” 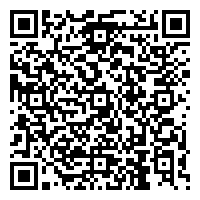