Chuck Hagel lashed out at critics of his Israel record in an article timed for release just after President Obama nominated him to be defense secretary.

Hagel told his hometown paper, the Lincoln Journal Star in Nebraska, that his record was one of “unequivocal” support for Israel and that in the weeks leading up to his nomination on Monday it had been subject to “falsehoods and distortions.”


Hagel, a Republican who represented Nebraska in the U.S. Senate from 1996 to 2008, said he refused to join initiatives backed by the American Israel Public Affairs Committee that he deemed unhelpful to Israel, and believed multilateral sanctions on Iran were more useful in isolating the regime than unilateral ones.

“I have not supported unilateral sanctions because when it is us alone they don’t work and they just isolate the United States,” he said. “United Nations sanctions are working. When we just decree something, that doesn’t work.”

Hagel said he would offer differing views as defense secretary, but ultimately would defer to Obama.

“I have said many times that Iran is a state sponsor of terrorism,” he said. “I have also questioned some very cavalier attitudes taken about very complicated issues in the Middle East.”

Hagel’s critics have singled out his proposals to engage with Iran and with terrorist groups like Hamas and Hezbollah, his skepticism of Iran sanctions and of the efficacy of a military strike on Iran, and his criticism of Israel in how it deals with the Palestinians.

They also have noted his use of the terms “Jewish lobby” and his assertion that when he was a senator, his loyalty was to the United States and not to Israel. Hagel did not address these concerns in the article.

A number of prominent Jewish Democrats, including Sens. Dianne Feinstein (D-Calif.) and Carl Levin (D-Mich.), have suggested they would support Hagel, but others such as Sen. Charles Schumer (D-N.Y.) have expressed reservations.

Others outright opposed to Hagel include Rep. Eliot Engel (D-N.Y.), the senior Democrat on the U.S. House of Representatives Foreign Affairs Committee; Susan Turnbull, a former vice chairwoman of the Democratic National Committee who is active in the NJDC; and former New York Mayor Ed Koch and lawyer and writer Alan Dershowitz, both one-time Obama skeptics who enthusiastically endorsed the president just prior to his reelection in November.

The National Jewish Democratic Council said it was confident that Hagel would follow what it called Obama’s “unprecedented” pro-Israel record.

“While we have expressed concerns in the past, we trust that when confirmed, former Senator Chuck Hagel will follow the President’s lead of providing unrivaled support for Israel — on strategic cooperation, missile defense programs, and leading the world against Iran’s nuclear program,” said the statement, which was not attached to the name of an NJDC official.

In 2007, when Hagel was considering a presidential run, the NJDC distributed an attack sheet on Hagel, noting his equivocation on such issues such as Iran sanctions and his criticism of some Israeli policies.

Hagel, after quitting politics in 2008, drew closer to Obama, then a fellow senator, over a shared opposition to intensifying the U.S. presence in Iraq.

In 2009, NJDC’s then-executive director, Ira Forman, said it would be problematic for the group if newly elected President Obama, as it was then rumored, would nominate Hagel for a top Cabinet post. Forman’s successor as NJDC’s top official, David Harris, had until Monday refused to weigh in on the matter. 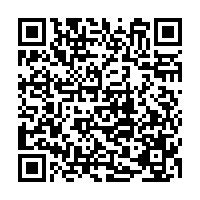