It’s called playing hardball — The prosecutor for the International Criminal Court in the Hague has warned Israel that if it didn’t provide reliable information to assist the current investigation of war crimes in the “Palestinian territories,” the prosecution would start a full-scale investigation following only the “Palestinians'” allegations.

Fatou B. Bensouda, a Gambian attorney and the International Criminal Court’s chief prosecutor since 2012, told AP on Tuesday that she is yet to receive information from either side on last summer’s Gaza war.


Bensouda suggested it was in “the best interest” of Hamas and Israel to provide the needed information.

In August, 2014, Fatou Bensouda published an article in the Guardian titled, “The truth about the ICC and Gaza,” in which she answered accusations that her office was not pursuing “war crime” complaints: “…the simple truth is that my office has never been in a position to open such an investigation due to lack of jurisdiction.”

“The prosecutor can only investigate and prosecute crimes committed on the territory or by the nationals of states that have joined the ICC statute or which have otherwise accepted the jurisdiction of the ICC through an ad hoc declaration to that effect,” Bensouda noted, adding: “My office … concluded that … Palestine could now join the Rome statute [the ICC’s founding treaty].”

And so, back in January, after the PLO accepted the court’s jurisdiction as of the time just before last summer’s Gaza war (Operation Protective Edge), Chief Prosecutor Bensouda launched her initial investigation into the “Palestinian” claims of war crimes by Israel.

Bensouda, 52, born to a polygamous Muslim family, has gained the reputation of a no nonsense prosecutor. In 2014, she was one of the three Muslim women on Time Magazine’s list of the 100 Most Influential People in the World, all three associated with fighting against oppression in Muslim countries. According to the BBC, the African Union (AU) “lobbied intensely” for her prestigious appointment at the Hague.

Conceived by Muammar Gaddafi as a “United States of Africa,” with a structure modeled after the European Union, the AU was Established in 2001 to debate African issues and to advise AU heads of state. Only Morocco does not yet have representation in the organization.

Bensouda was also associated with the 1994 coup that brought to power Gambian President Yahya Jammeh. His regime was accused of harassing the opposition and the press, and in 1998 Jammeh made Bensouda his justice minister. They parted ways two years later.

Earlier this month, chief prosecutor Bensouda promised she intends to launch an “unbiased” probe of the Gaza war and plans to investigate both sides of the conflict:

“We will of course look into the alleged crimes committed by all sides to the conflict, including the role of Hamas. I have made this clear to both Israeli and Palestinian officials,” Bensouda said, adding, “If an investigation is opened in any given situation, my office will be guided by a policy of investigating and prosecuting those most responsible for the commission of mass crimes.”

Strange that she hasn’t heard about our neighbor Bashar Assad. 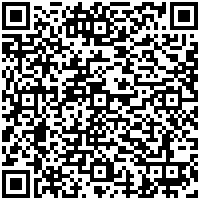