PA security forces on Saturday found and detained three missing Arabs who had been planning a terrorist attack against Israelis, and were attacked over it by Hamas, which accused the PA of collaborating with Israeli authorities to thwart a perfectly good planned attack to kill Jews inside Israel, Ma’an reported Sunday.

Hamas accused the PA security services of “cooperation with the Israeli occupation” in the detention of three “resistance fighters.”

A PA intelligence officer noticed the three Arabs walking Saturday in a mountainous area outside the village of Mazari al-Nubani near Ramallah. The officer first thought they were Israeli settlers, and called for backup, which arrived shortly in the form of a joint force of PA intelligence and police officers from the nearby police station.

The three Arabs identified themselves as Basil Mahmoud al-Aaraj, 33, from al-Walaja village near Bethlehem, Muhammad Abdullah Harb, 23, from Jenin, and Haytham al-Sayyaj, 19, from Hebron. The three were carrying bags. They were taken to a PA general intelligence office and their families were notified.

According to News 0404, the three Arabs were actually detained for planning a terrorist attack inside Israel, following a manhunt by Israeli security. In addition to the bags, PA security found on their persons weapons, hand grenades, and camping equipment.

A fourth suspect, who delivered the weapons to the group, was detained by Israeli forces Saturday in the village of Qatanna near Ramallah in an overnight raid.

Hamas spokesperson Sami Abu Zuhri said in a statement that “detaining the three was very dangerous and reflects a rise in the security cooperation between these security services and (the Israeli) occupation in an attempt to foil the Palestinian Intifada.”

“The Islamic resistance movement Hamas condemns the practices of the West Bank security forces and holds the PA and Fatah leadership responsible for such non-patriotic practices,” the statement added.

On Saturday Hamas spokesman Husam Badran said Israel had detained dozens of Arabs as soon as they were release from PA jails, as part of the “escalating security collaboration” with the Israeli authorities.

Badran accused the PA of “adopting a revolving door policy, where pro-intifada activists illegally detained by the PA would be released and then arrested by the Israeli occupation shortly thereafter.”

The PLO and Israeli forces have worked in coordination since the Oslo Accords of 1993. 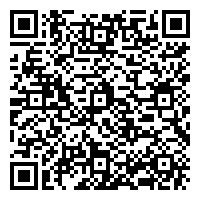