Hamas officials in Gaza have blamed the Palestinian Authority for the ongoing rocket fire from the Strip at Israeli civilians, and said the time may have come to break apart the month-old Palestinian Unity Government. Ahmed Yousef, a senior Hamas official in Gaza, told the Palestinian Ma’an news service that “From a political point of view, (Prime Minister) Rami Hamdallah is responsible and he can give orders to security services to intervene. Hamas is not ruling the Gaza Strip and so it’s not responsible for protecting borders.”

Hamas leaders have justified the rocket fire as an just response to Israeli “collective punishment” while searching for the killers of Eyal Yifrah, Gil-Ad Sha’ar and Naftali Fraenkel, but they also recognize that Israelis are losing patience with the status quo, both in the Gaza Belt region and in Judea and Samaria. Some Israeli leaders have called to resume targeted killings of Hamas leaders, including Prime Minister Ismail Haniyeh and Politburo Chief Khaled Mashaal.

At least some Hamas leaders seem to internalise that point, and have moved in recent weeks to disassociate themselves from both the boys’ abduction/murder as well as the rockets that have accompanied Israelis subsequent manhunt, first for Gilad, Naftali and Eyal, and then for their killers.

Ahmed Yousef said Palestinian security forces had attempted to prevent rocket fire, but had not been very successful because “Israeli ‘aggression’ motivates some response, and we can’t ask these bereaved people to stop,” Yousef said.

So much for unity?

Since the manhunt for Eyal Yifrah, Gil-Ad Sha’ar and Naftali Fraenkel began on June 13, terror cells have fired hundreds of rockets at civilian targets in Israel. Most have landed in open fields, but several homes and public building. In response to those attacks, Israeli Air Force drones and helicopter gunships have attacked terror cells in Gaza virtually every night.

In response to the ongoing Israeli air strikes, and to the ongoing political crisis between Hamas and Fatah, Ma’an reported that Hamas is considering leaving the unity agreement with Fatah and forming a separatist government in Gaza, to be led by Palestinian factions. Yousef said the lack of clear authority in Gaza has left a serious leadership vacuum.

“There is a political vacuum in the Gaza Strip which creates the atmosphere for security chaos, taking into account that the national consensus government has not taken even a single step toward ending political disagreement.

“In Gaza there are ministries without budgets as well as ministers and employees who don’t receive salaries. From a moral and national point of view everybody should work to end this state,” Ma’an quoted Yousef.

Ultimately, however, both Hamas and Israel may have little choice but to continue the status quo – Hamas will continue to fire missiles indiscriminately at Israel, likely with no real intention to harm people or property, and Israel will continue to hold its fire and will not strike strongly enough at Hamas to bring that organization to its knees.

According to Alex Fishman, a veteran Israeli defense correspondent, who wrote in the Hebrew-language Yedioth Aharonoth that eliminating Hamas at this stage would likely bring about a leadership vacuum in Gaza that would be filled by intentional jihadi groups such as ISIS.

And as for Hamas, an organization that is very much on the proverbial ropes after seven years in power, the rocket fire restores some of the organization’s credibility on the Palestinian street. For Ismail Haniyeh, the name of the political game is simple, and can be summed up in one word: survival.

But if the goal of leaving Hamas in power in Gaza is to a joint Israeli-Hamas interest, there is only one possible response: Such strange bedfellows makest the Middle East. 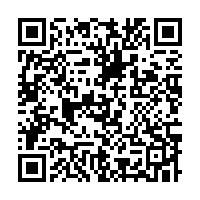