The military wing of Hamas warned Thursday if the Israeli government proceeds with its plan to extend sovereignty to Jewish communities in Judea, Samaria and the Jordan Valley, it will be considered a “declaration of war” on the Palestinian Authority.

“Abu Obeida,” spokesperson for the Izz a-Din al-Qassam said in a video statement that Israel would regret the move, which he called the “biggest theft of Palestinian land in decades.”


The spokesperson’s remarks came in an address marking the anniversary of the kidnapping of IDF soldier Gilad Shalit, who spent more than five years in captivity with the terrorist group. Israel released more than a thousand imprisoned terrorists (1,027) in order to free him in 2011 from Gaza.

“The resistance considers this decision to be a declaration of war upon the Palestinian people. The resistance will be the loyal and dutiful guard of the people throughout this war, acting in defense of our people, our land, and our holy sites.

“We will make the enemy bite his fingers in remorse for this sinful decision,” Obeida said. 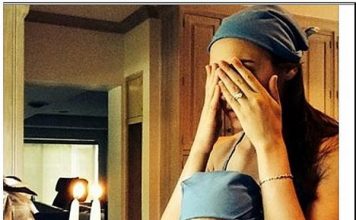