If you were concerned that Hamas and the PLO would be uniting to present an even bigger threat to Israel’s security, you can breathe easy this weekend, as reconciliation talks between the two groups in Doha, Qatar, on Saturday ended on a sour note, with Hamas blaming the PLO for the failure, Ma’an reported.

Hamas Spokesman Sami Abu Zuhri said in a statement that PLO officials did not complete the day’s scheduled meetings and withdrew during the second session. He blamed the PLO leadership entirely for “failing” Saturday’s meeting, because they had no “political will to achieve reconciliation.”


PLO Spokesman Usama al-Qawasmi said his delegation had headed to Doha resolved to end division and forge partnership and democracy on the way to forming a national unity government.

A previous national unity government had collapsed recently, having proven to be one only in name.

Al-Qawasmi insisted the Doha meetings have shown that Hamas is “not ready yet for national unity and political partnership.” He stressed that the PLO would continue its efforts to end division between the two groups, and continue “calling upon Hamas to head towards real national unity.”

The two groups have been on the outs with each other since their violent conflict in 2007, shortly after Hamas’s 2006 victory in the general elections in the Gaza Strip. Since then the two groups have repeatedly failed to follow through on promises of reconciliation, and neither side has held democratic elections.

Both sides enjoy visiting Qatar, though. 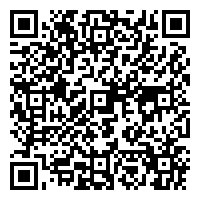