Firebrand Arab Knesset Member Hanin Zoabi has surprised analysts once again and has said she might recommend to President Reuven Rivlin that the Herzog-Livni-led “Zionist Union” lead the next government.

Another Zoabi, her teenaged cousin Mohammed, attended a Likud meeting with Prime Minister Binyamin Netanyahu to vent his enthusiastic love and support for him. Mohammed became both he most popular and hated Arab in the country last year when he appeared on a YouTube video sounding like a protégé of Theodore Herzl.


Anti-Zionist Arabs responded with threats on his life, and he took refuge in the United States before returning to Israel.

In the video below, Mohammed says in Hebrew:

I support Prime Minister Binyamin Netanyahu and his party… he defends every citizen in Israel. The People of Israel have suffered enough and deserve to live in peace and quiet. He will be the next Prime Minister of Israel, God willing. I love you.

Netanyahu gave Zoabi a big hug and invited him to represent the Likud in the Knesset. His older cousin’s love for Netanyahu rates even less than President Barack Obama’s, if that is possible.

She hates anything that reeks of Zionism, which would lead to the logical conclusion that the “Zionist Union” is the last party she would want to head the government.

Yitzchak Herzog and Tzipi Livni changed the definition of Zionism and called their merged parties the Zionist Union, a clever slogan to try to win over voters who don’t realize that a couple of their candidates, just like Zoabi, are against the national anthem HaTikvah and oppose serving in the “occupation” army known as the IDF.

But it was none other than Haneen Zoabi who helped block a surplus vote-sharing agreement with Meretz that would have helped the left reach the magic number for a majority coalition after the elections.

Herzog and Livni have no chance of leading the next government unless the United Arab List backs them. The Arabs already have said they won’t join a Jewish coalition, but if the Herzog-Livni duo wins more seats than the Likud, President Rivlin will give it the first crack at putting together a coalition.

The Jerusalem Post’s Gil Hoffman reported, “But Joint List sources who spoke to Zoabi at length on Sunday and Monday revealed that she had been persuaded to back Herzog to Rivlin and would recommend doing so when their party meets with the president after the March 17 election.”

That could raise their chances of forming a government with anti-Zionist Arab MKs supporting a “Zionist Union” coalition on key votes, but with friends like Haneen Zoabi, who needs enemies?

How many undecided voters will turn away from Herzog-Livni now that is known that people like Haneen Zoabi might stand by the side of the “Zionist Union?” 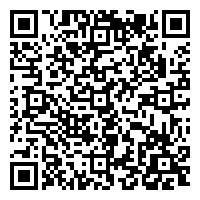