“Today, with the formation of a national consensus government, we announce the end of a Palestinian division that has greatly damaged our national case, Abu Mazen said. “This black page in the history (of the Palestinians) has been turned forever, and we will not allow it to come back.”


However, Abbas was silent on comments made last week by his senior government partner, Hamas’ Gaza Prime Minister, Ismail Haniyeh, that the unity government would serve to further the Palestinian struggle “against the main enemy, the Zionist enemy, and to continue with the option of resistance.”

According to footage posted on the Palestinian Media Watch website, Haniya also told the Arabic-language al-Hayat al-Jadida paper last Wednesday that “Those who liberated Gaza, with the help of Allah, can liberate Jerusalem, the West Bank and the rest of Palestine (i.e., Israel).”

Haniyeh also reiterated to al-Aqsa TV Hamas’ Hamas goal of destroying Israel through violence, and said that the same, determined Palestinian “resistance” that led to Israel’s withdrawal from the Gaza Strip would eventually cause Israel to flee “Jerusalem, the West Bank and the rest of Palestine.”

“Since he already said ‘Jerusalem and the West Bank,’ the term ‘rest of Palestine,’ can only mean the rest of Israel,” said Palestinian Media Watch.

The website also cited the Ma’an news service, which quoted Haniyeh’s explanation that the partnership with Fatah was designed to”protect… the resistance project” and “the weapon of resistance.”

‘[Reconciliation] also means real partnership in the institution of leadership, adherence to the national principles, protection of the resistance project, protection of the weapon of resistance, and [joint] action with all our people for the release of the prisoners and Jerusalem.'”Haniyeh said: 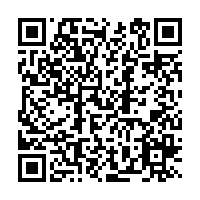