As children it was reassuring to hear Mister Rogers, clad in his cardigan sweater and slippers, remind us that people sometimes do bad things, but that does not mean they are bad people.

It is much less reassuring when the leaders of the Free World act as if they are impersonating Mister Rogers and as if those who depend on their leadership are  elementary school kids whose lunch money was stolen.


It is undoubtedly true that not all Muslims are violent extremists, but there is, currently, an assault on western civilization and it is being waged by Muslim extremists in the name of Islam.

This week the U.S. has been hosting a summit on Countering Violent Extremism. Some may have hoped real answers would be forthcoming.

So when U.S. Secretary of State John Kerry writes in a Feb. 18 op-ed that the U.S. vision for countering violent extremism is to create a safer and more prosperous future, jaws dropped. Those jaws didn’t drop because Kerry’s words were insightful or inspiring. The dropped either in disbelief or as the first physical manifestation of a yawn. We’ve heard all this before; it was wrong then and it’s wrong now.

It was the same response some had to the atrocities committed against the United States on Sept. 11, 2001. “If only” those misguided men had access to education and employment, and chickens in pots, they would not turn to such unspeakable violence. But those men did have access to education and all the opportunities open to those who do. Deprivation of opportunity is not what drove their violent extremism, and it isn’t what is driving Boko Haram or ISIS or al Qaeda.

The “education and opportunity” prescription is the same one offered to explain Palestinian Arab terrorists. But those who write the prescription ignore the reality: many of those who engage in terrorism are not without opportunities, it is a choice they make regardless of standing in life and access to education, and it is one offered to them by a leadership with vise-like control over its followers.

It is the same prescription that inspired mass-ridicule when recently uttered by Marie Harf, deputy spokesperson for the U.S. State Department. The twitter hashtag that rocketed to the top of the charts, “#Jobs4ISIS” was a laughingstock.

Despite what Deputy Spokesperson Harf, and her boss Secretary of State Kerry, and his boss, U.S. President Obama insist is not the case, the violent extremists threatening world order are Islamist extremists, and what they need is not more jobs.  They need to be defeated militarily.

And yet, when claiming that military defeat is the wrong goal, Kerry proceeds to give examples of the violence committed by the random violent extremists. And each example is an act committed by Islamists in the name of Islam: “Military force is a rational and often necessary response to the wanton slaughters of children, mass kidnappings of schoolgirls, and beheading of innocents. But military force alone won’t achieve victory.”

The word Muslim appears once. It crops up in the category of the biggest victims of this unnamed, orphan, random violent extremism. It comes up in a paragraph in which Islamophobia and anti-Semitism are lined up as equal victims. It is employed to demonstrate that not only is the source of violent extremism random, so are the victims:

A safer and more prosperous future also requires us not to be distracted by divisions grounded in hatred or bias. There is no room in this fight for sectarian division. There is no room for Islamophobia or anti-Semitism. Violent extremism has claimed lives in every corner of the globe, and Muslim lives most of all. Each of us is threatened, regardless of ethnicity, faith or homeland.

The rest of Kerry’s op-ed reads like something an earnest high school disciplinarian might say to teenagers who have been unruly. Kerry uses phrases like “peaceful communities” and “a vision that is positive and proactive,” a world with “concrete alternatives” and “a chance at a better life.”

For one brief, almost shining moment, Kerry stumbles on to a good idea. “The most basic issue is good governance.” But then, he drops the thought and instead goes on to discuss what the rest of the world needs to do in order to make the potential random violent extremists feel better about themselves and so less likely to blow us all to kingdom come.

Once again, as he concludes his statement, Kerry kicks into #jobs4ISIS mode. He channels Mister Rogers and suggests we all need to be ‘tailoring our efforts and targeting our resources’ and training youth so they can become employed and embrace “dignity and self-reliance,” as well as “security and justice.” 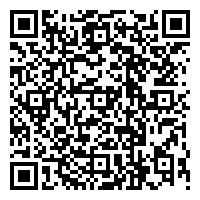