The actor and director Harold Ramis, perhaps best known for his acting role in the 1984 film “Ghost Busters,” died at his home in Chicago early Monday, Feb. 24. He was 69 years old.


Ramis’s 1993 film “Groundhog Day” became a cult film. The film, about a day that is replayed endlessly, starred Bill Murray and Andie McDowell. His 1999 film, “Analyze This,” featured Robert DeNiro and Billy Crystal.

Vasculitis is an inflammation of the blood vessels, arteries, veins or capillaries, according to the Vasculitis Foundation. The inflammation eventually leads to the body’s tissues and organs being deprived of sufficient blood, thereby resulting in their damage and sometimes death.

Ramis was born to Jewish parents, but whether he practiced any religion as an adult was not readily discernible. 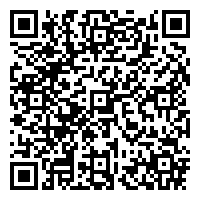