The American Association for Cancer Research (AACR) has chosen Prof. Alexander Levitzki of the Hebrew University of Jerusalem as the winner of its 2013 Award for Outstanding Achievement in Chemistry in Cancer Research.

The AACR is currently holding its annual meeting through Wednesday in Washington, D.C. Levitzki, professor of biological chemistry at the Alexander Silberman Institute of Life Sciences at the HebrewUniversity, will deliver his award lecture there on Tuesday afternoon on “Eradicating Tumors by Targeting Nonviral Vectors Carrying PolyIC.”


The AACR said that Levitzki was chosen for the honor in recognition of his contributions to signal transduction therapy and his work on the development of tyrosine kinase inhibitors as effective agents against cancer.

His method of large-scale screening of synthetic compounds tested against a large spectrum of protein kinases for specificity, followed by systematic testing in cell lines and animal studies, became the standard procedure in most of the laboratories working in that field.

Levitzki has received numerous awards throughout his career, including the Israel Prize in Biochemistry, the Wolf Prize for Medicine, the Hamilton-Fairley Award from the European Society of Medical Oncology, the Rothschild Prize in Biology and two Prostate Cancer Foundation Research Awards. Last year he received the Nauta Award in Pharmacochemistry, which is the highest award from the European Federation for Medicinal Chemistry. 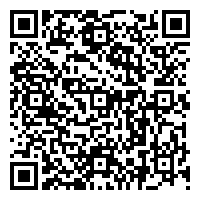