Anthony Weiner can forget about any support from Hillary and Bill Clinton if he decides to run for mayor of New York City, the New York Post reported Monday. The main reason is Huma Abedin, Weiner’s Muslim wife who suffered disgrace shortly after their marriage when Weiner was caught using the Internet for online relationships with women.

Abedin, unarguably Hillary Clinton’s closest aide, decided to swallow her pride and remain married to Weiner, one reason being that she was pregnant. She had the emotional support of her former boss who went through a similar period following the scandal of the relationship between her husband Bill and his aide Monica Lewinsky

“The Clintons wish Weiner would just disappear. Every time he pops up, it’s a reminder of Bill’s scandal with, and it isn’t helpful to Hillary’s hopes for 2016,” one Democrat told the New York newspaper.

The Clintons are not expected to officially endorse a candidate for the mayor of New York. 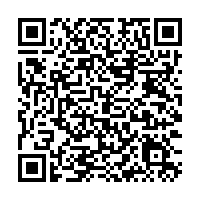