Hillary Clinton has promised that Israel will have her as a better friend than President Barack Obama if she is elected President next year.

She also exclaimed that Iran poses an “existential threat” to Israel, as if any serious presidential contender thinks otherwise.


While strongly supporting attempts for a “good” deal with Iran, she is trying to reassure wealthy Jews that they can safely contribute to her campaign coffers and can sleep safely last night knowing that she will be good for Israel, even if Israelis spend the night running to bomb shelters.

That is what President Obama also said in 2008. That is what every presidential candidate says, but American Jews lover to hear because they want to believe it.

When it comes to the deal being negotiated between the P5+1 and Iran, Clinton is playing both sides of the fence, and it is not clear where she stands. Politico interviewed 10 donors and fundraisers and reported:

Donors who see a deal as important to world peace have come away thinking that Clinton shares their perspective, but so, too, do donors who oppose any prospective agreement as compromising Israeli security.

Clinton is no different from Obama and every other politician. “No deal is better than a bad deal,” she said, but what is a bad deal? Is it possible to make any deal with Iran can call it “good?”

Since no one yet knows if a deal with Iran will be reached and if so, what it will contain, Clinton can safely hedge her bets.

At stake is $2 billion that Clinton’s aides hope to raise for her campaign and super PACs.

in the meantime, she is boasting that her personality and experience as Secretary of State are guarantees for Americans Jews that she will be a lot friendlier than Obama when it comes to relations with Israel.

She started name-dropping, referring to former Israeli Ambassador to the United States Michael Oren as “Michael” whom she said she knows well.

The penchant for American Jews to buy assurances that the American-Israeli relation will be just fine and dandy was summed up by Politico’s report on a fundraiser last month at the home of Democratic party donor Jay Jacobs. An Orthodox rabbi asked Clinton about threats to Israel, and Jacobs told Politico:

What did the rabbi think she would say? Did he really believe that Clinton would say, “Well, you know all the talk about threats to Israel is just talk to get more money from the military-industrial complex. Israel can fend for itself. Let’s talk about the economy and immigration.”

Of course she fervently supports Israel. That is what J Street also says.

At least she was honest when she stated, “I’m going to do what’s in the best interest of the U.S.”

That is what any president of the United States should do. He or she should be “pro-American” and not “pro-Israel.”

The kicker is that being pro-Israel usually is the best thing for the United States, even if presidents can’t admit it. 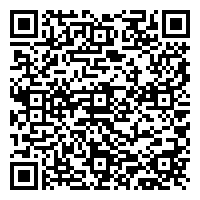